When you have enabled and setup the Philips Hue plugin, and have some motion sensors, these will be brought into the Fibaro interface in two ways.

#1 Two VD's will be created, one for the Motion sensor and one for the Temperature sensor component, this will allow you to see the status of the sensor device, its battery level and if motion is detected, and also the current temperature. 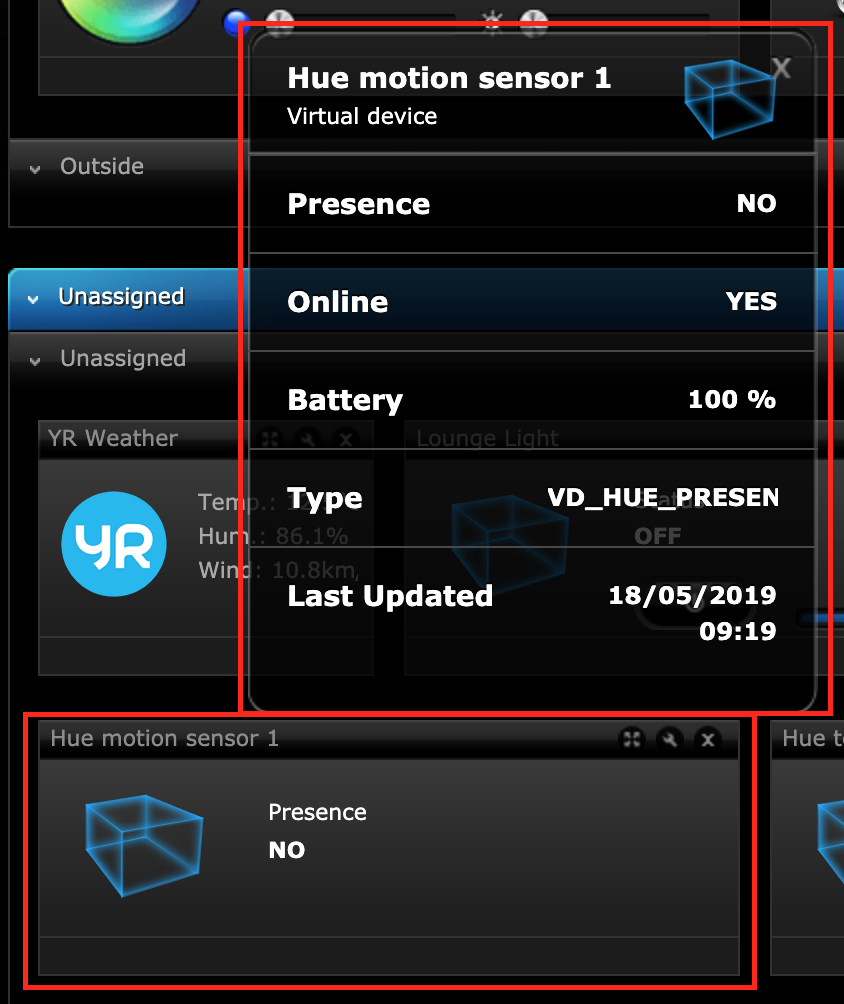 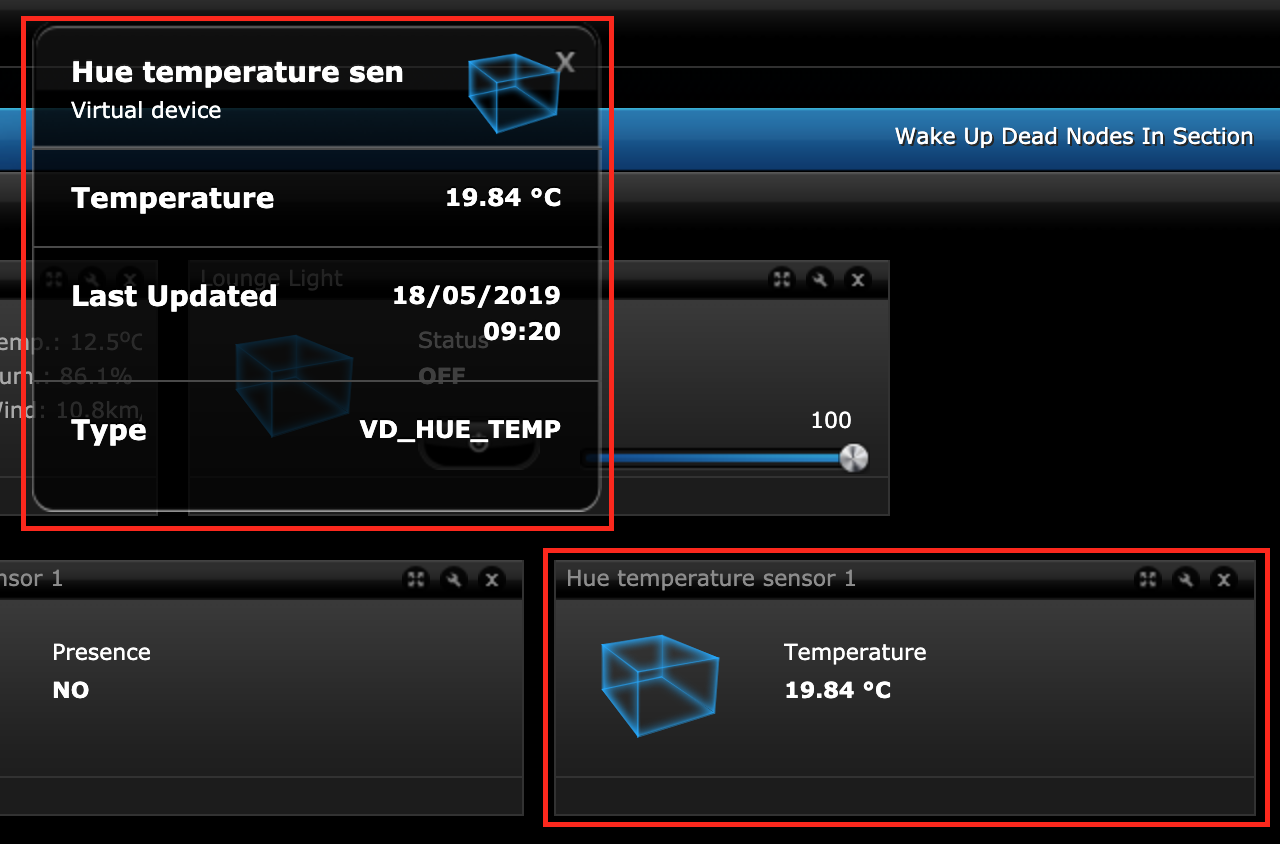 #2 Global Variable's will be created for the motion and temperature, these can be referenced on the main Hue plugin page, by click the blue info icon beside the Fibaro ID number.

The Variables can be found in your Fibaro, under the Panels page, Variables Panel.

The PRES_XXX variable will be either 0 = NO MOTION, or 1 = MOTION DETECTED.

The TEMP_XXXX variable will contain the current temperature from the sensor.

To use the motion sensor in a scene, here is an example scene that turns on a light when motion detected.

And here is an example scene that turns off a switch when the temperature is greater than 25 degrees.

T
Tony is the author of this solution article.

Did you find it helpful? Yes No

Send feedback
Sorry we couldn't be helpful. Help us improve this article with your feedback.